Noah was a smiley, cheeky, dinosaur loving little boy who radiated happiness and a joy for life. 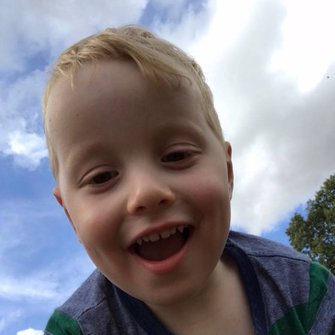 He was born a healthy twin with his sister Ella in December 2015. Noah was reaching the normal developmental milestones until the age of 18 months when his balance affected his ability to walk. Undeterred by his difficulties, Noah learnt to knee bounce and crawl at speed!

By the age of 3 and despite physiotherapy, Noah was still needing support to walk longer distances.

He developed a squint and his speech was delayed, but being an intelligent little boy, Noah had learnt to communicate. Playing hide-and-seek, watching ‘Andy’s Dinosaur adventures’, digging in the sand and swimming were amongst his favourite things.

He loved a family game of chase whilst wearing his dinosaur tail, so much so that we had to invest in knee pads to keep up with him!

In January 2019 we were increasingly concerned about the reason behind Noah’s difficulties and pushed for further investigations.  He was referred for a Neurologist assessment and MRI scan. On 7th February a large brain stem tumour was discovered, and our world fell apart in an instant.

We had never imagined that Noah’s difficulties could be life threatening as we had been constantly reassured by so many professionals involved in his care. However an urgent visit to Great Ormond Street Hospital dealt the devastating news that Noah’s tumour was cancerous, aggressive, inoperable, and terminal. 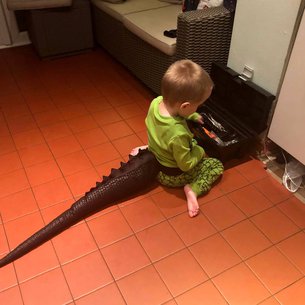 He had a Diffuse Intrinsic Pontine Glioma, otherwise known as 'DIPG.' The average survival time is 9 months from diagnosis and only 10% of children survive for two years.

We were told that the only treatment was radiotherapy which attempts to shrink the tumour before it grows again, usually after 6 months.

Noah’s DIPG could never be operated on as it diffuses itself around the brainstem, just like ivy growing around a tree. The brainstem controls all the vital functions such as mobility, sleeping, breathing and heart rate. Our consultant told us that no surgeon anywhere would attempt to remove it.

We were given the choice of taking part in a clinical trial using an oral chemotherapy drug alongside radiotherapy, to try and delay the tumours growth. There was no further treatment available anywhere in the world, only different trials that also aimed to prolong his life.

Noah required a brainstem biopsy to take part in the trial and we made the difficult decision to enrol him in the hope that it could give us more time. We also knew that the biopsy sample could be sent for further cancer research and hoped that Noah could help other children with DIPG children by taking part.

We were living every parents worst nightmare but resolved to stay strong for Noah, his sister Ella and enjoy every precious moment with our son.

Noah was doing well in himself and was excited to suddenly be travelling to London on the train. He would wait on the platform with great anticipation and loved watching his new IPAD on the journey. 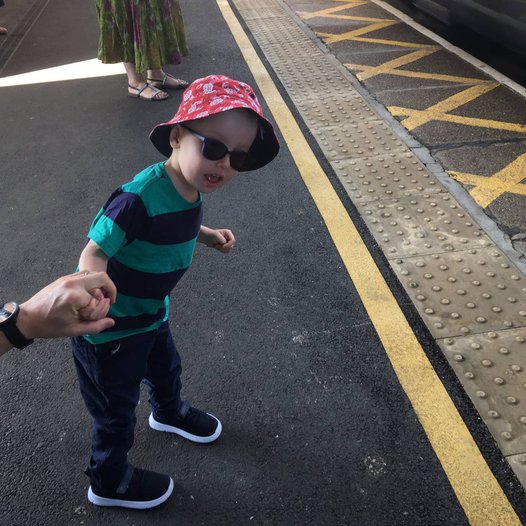 He was never able to understand about his illness or how poorly he was. After the biopsy and a three night recovery stay at GOSH, Noah was transferred straight to University College London Hospital (UCLH) for radiotherapy to begin. As Noah was too young to understand he needed to lay still, he required a general anaesthetic daily for the treatment. He had 30 of these over the next 6 weeks.

Noah’s positive attitude to life and being in hospital astounded everyone he met. He would spread a smile in the busy hospital lift to the top floor every day. His buggy was loaded up with dinosaurs, the IPAD was blaring out and he excitedly counted the numbers of floors as we went up. Noah would then arrive to his bed, set up all the animals and eagerly ask to go to the playroom before his anaesthetic.

The doctors and nurses that met Noah often commented that they were touched by his resilience and spirit. He would push his little trolley of animals into the anaesthetic room, then patiently sit still for the doctors, waiting to fall asleep. The incentive to wake up to a bowl of chocolate buttons may have helped! 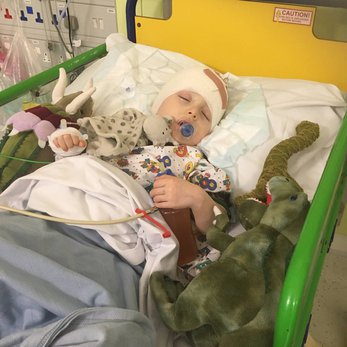 Noah was surrounded by love from his friends and family. His sister Ella would visit the hospital to help us care for him. She was concerned for her little brother but not able to understand the seriousness of his condition. Ella would jump in his bed, give him a cuddle and offer her own comforter.

Noah died on 3rd May 2020 surrounded by his family.

Sadly only 6 months after his first radiotherapy the tumour began growing again.

Noah was enjoying time at nursery until April before suddenly losing his mobility, speech and swallow. For those that knew and loved Noah, this was a truly heartbreaking time.

His funeral was a beautiful send-off filled with bubbles, dinosaurs and rainbows to celebrate the life of our incredible little boy.  Noah’s legacy will continue in the hearts of everyone who knew him. 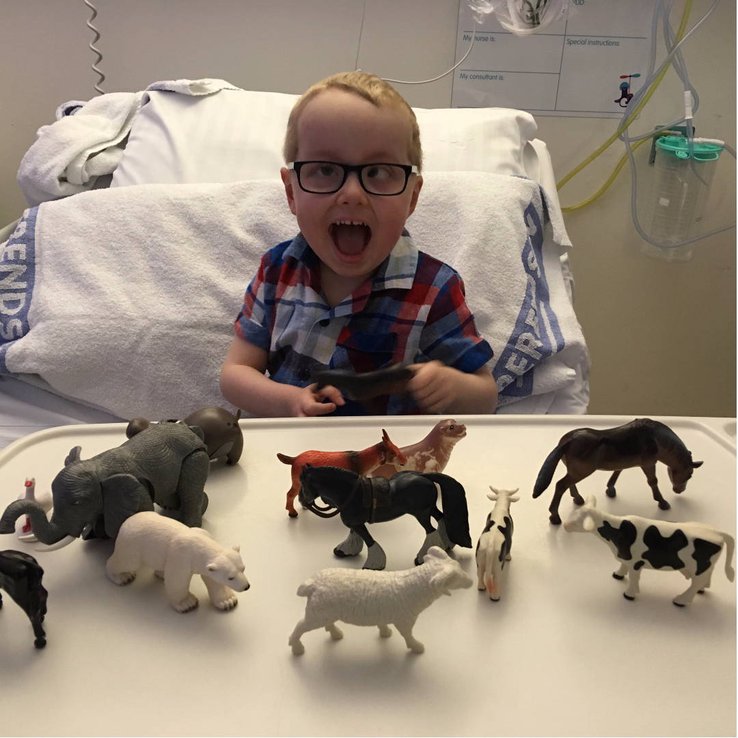