Here is my little girl Fifi's, heartbreaking story of her short little life - 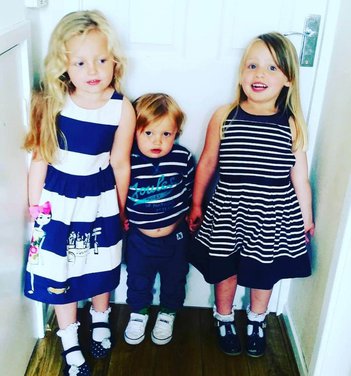 I am a mummy to 3 beautiful children.

Fifi had such a brilliant imagination and her brother and sister gravitated around her. She would instigate all the games and activities - she loved building dens and making up her own bed time stories and had a passion for teddys - she collected what felt like thousands of them!

She had such a sweet soul - very caring and kind and was a good role model in her reception class. She was exceeding in every single subject in her last school report. She had such enthusiasm for life and absolutely loved school and her friends and family.

We were a normal happy loving family who laughed a lot, up until the month of August 2018.

My 3 happy healthy kids had finished school for the summer and as we always did, spent most of our time in our paddling pool, parks and visiting family in Devon. When my middle child Fifi, started to act a little unusual in the month of August... first just a few subtle changes:

Slightly drooly - which we put down to the above food/choking fear....

Then at the end of the month things changed dramatically. She became extremely clumsy and quite spaced out - repeating herself. 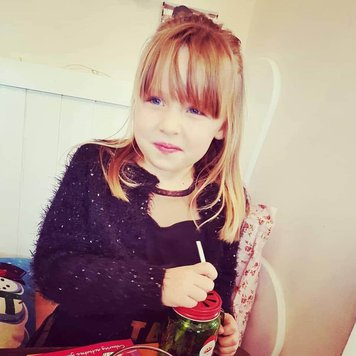 Then her legs gave way and she stumbled and fell to the floor.

Admitted immediately to our local hospital on the 29th August, then on the 31st August 2018 after CT and MRI scans... We were told, in a dark hospital room, that our beautiful girl had an aggressive incurable inoperable cancerous tumour on her brain stem.

From breaking up for the school holidays...the happiest most fun loving little sweet girl, would never return to school again.

This hideous monster, which strikes down healthy children generally aged between 3-9, but can range below and above, with some babies being diagnosed and some young adults, is not well known until it happens to your family or a family you know.

A childhood cancer that is terminal at the very point of diagnosis, has hardly had any awareness, funding or research in decades other than the actions of heartbroken families who are striving to be a voice for this hideous disease.

D.I.P.G - the 4 cruel letters that have destroyed our happy little family.

The only palliative treatment is a 6 week course of radiotherapy that shrinks the aggressive tumor temporarily, relieving the child's cruel symptoms for a short "honey moon" period so you can all skip off home and make happy memories before they die.

Unreal, unbelievable and so so cruel.

We were told she would only live for maybe 6-8 weeks without palliative radiotherapy.

We were offered a trial which was open in the UK at the time. We had to agree to a biopsy to enter the trial. This meant we then had access to a trial chemo drug which I administered twice daily via her NG tube. Sadly it did not have any positive outcome in treating her disease, but it was the only option and our only hope - and the only.comfort I take from that now is the fact her cell samples taken from her tumour, will be assisting research for future children.

This monster of a disease, strips them of their physical abilities whilst leaving them cognitively fully aware of their own demise.

But despite the horror, laughter somehow got us through...even when bed ridden and blind, we still managed to make her laugh and she made us laugh....the strongest kindest most loving craziest funny little human who suffered immeasurably before losing her happy life. 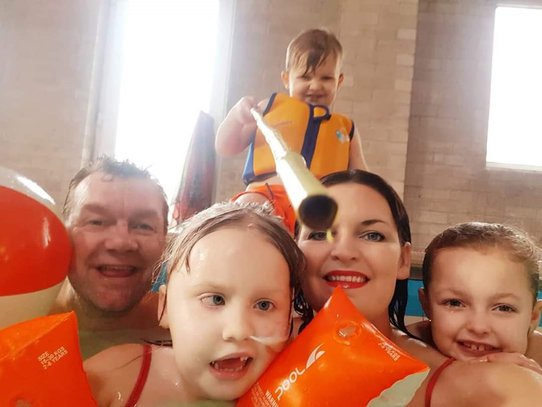 We did our very best for her - trying to protect her from the unbelievable truth, which we could only do to a certain extent. She was very clever and she knew she was gravely ill.

I will never forget one morning in Center Parcs, whilst trying to make happy memories - she woke crying and said "mummy I do not want to die - I just want to be with you. Can't I just stay with you?".

We had short trips away seeing the Blackpool illuminations, rented a cottage with a private pool as she loved to swim and even though her body was failing her, she felt free and independent in the water. We visited the NASA space centre in Leicester because she loved the stars and planets and we went to a theme park, Sealife, Madagascar the musical, pantomimes, and had many shopping trips to her favourite toy shops including build a bear.

She absolutely loved the cinema too so me and daddy would take her to see any film she wanted during the months she was still able to travel in the car.

We also got married so she could be a part of it and help plan the special day. Her and her siblings as bridesmaids and page boy. It was a beautiful day but very bittersweet. We had planned to one day get married in Mexico with all 3 of them but I knew if I didn't get married whilst she was still alive that I wouldn't ever want to do it without her.

We had parties, and her Make A Wish was to meet her crafty Idol Mr.Maker from CBeebies - who ended up doing a very special visit to her home because she became too ill to travel to the C beebies studios. We let her choose pets - she handpicked 3 guinea pigs from the pet shop and she got the best kitten who would keep her company and shower her with love and comfort until the day she died.

She also loved bath time. Just "me and mummy" she would say. We got special bath lights and candles and the ipad to watch and she would just sink in to the water and lay back on me - relaxing. The bestest baths ever.

Yet, as much fun and love as we tried to cram in to the borrowed time she was on, sadly did not change a thing. She was dying and fading before our very eyes. 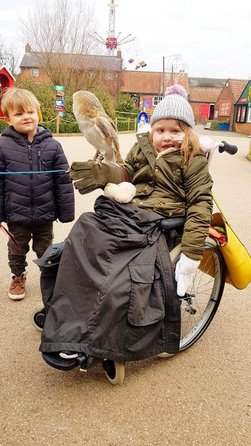 Her disease progressed and spread in February 2019

The week's leading to her death are days that will haunt me forever.

We kept her at home where she loved to be and where she was most comfortable.

I had made a huge family bed for us all after we got home from hospital, after diagnosis. We would all cuddle under the blankets watching her favourite films.

One being the Titanic which we watched over and over. She said one night "mummy I think the people on the boat are very lucky" I asked why and she replied "because they had so much fun before the boat went down"... it was a very poignant moment.

But as the disease took hold she didn't like being moved so I brought her bed downstairs to the living room and I slept with her every night downstairs....massaging her legs and head and comforting her - just being there to talk to her and hug her when I could, alongside her kitten who slept with her. The purring sound and the touch of her fur seemed to bring Fifi so much comfort when she no longer could see or move much.

She suffered horrendous seizures - some so bad I thought she had died several times.

She started to lose her sight about 6 weeks before she died. That was so incredibly painful. She would try to play her favourite bunny pop game on her ipad but she couldn't see it. She kept asking why was it so dark? And that she couldn't see the telly. I reassured her by telling her the 'head buggys and sicky bugs' were making her body and her eyes tired and she just needed to rest and sleep. She was quite calm about it all and so dignified even though her world was turning dark.

She suffered excruciating pain in her head and neck, despite being on the highest doses of pain relief possible.

She was badly sick several times a day and To watch your child try to be sick in to a bowl she couldn't even see is just torture.

Her breathing changed for the worse about 12 hours before she died. We just had to lay next to her and helplessly watch her pulse fade and her heart stop.

Our family are now left devastated in the aftermath of her loss.

We know the total heartbreak that childhood cancer brings to a child and their family - especially when there are no options and treatments to try save them. I do not want future familys to ever have to experience this incredible pain. So that is Fifi's sad story and why we need awareness and funding to give hope to others.

We miss you always and will love you Forever Fifi x 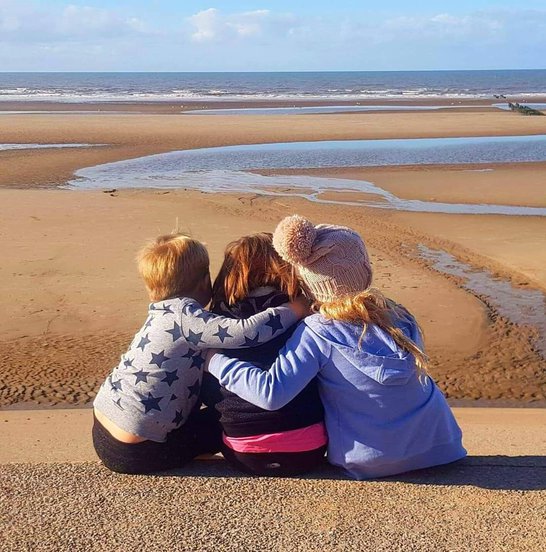