Logan Alexander Maclean was born on 31 December 2013, our first grandchild. He was perfect, all blond, unruly hair, blue eyes and a smile that lit up our World. A true water baby he loved his baths, swimming, splashing in puddles and throwing stones (and occasionally himself too) in any handy body of water. He loved dinosaurs and roaring with them. He loved tickles and his giggles and belly laughs were irresistible. Of course, he had his moments! 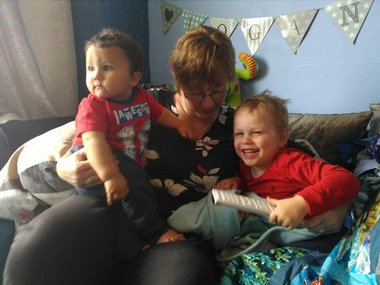 3 months before his 3rd birthday he became a big brother to Ezra and everything was wonderful. A few weeks after Ezra was born we noticed Logan had a limp. We assumed he had twisted his ankle and I thought my daughter was overreacting when she took him to the doctor and local A&E. The A&E clinic did some follow up tests before one of the consultants noticed his arm on the same side had some weakness too.

He arranged an MRI two days later and suddenly we were in a room, tucked away in a corner, out of earshot of most of the ward being told that he had a mass on his brain. He was transferred that day to Glasgow Children’s Hospital where we first heard the word that changed everything, DIPG (Diffuse Intrinsic Pontine Glioma). It wasn’t a typical presentation on the MRI and we were encouraged to allow a biopsy which happened about 10 days later. Shortly after that in another room an oncologist told us the DIPG diagnosis was confirmed.

Logan was terminally ill and unlikely to survive more than around 8 months (with radiation) or 6 months (without). 6 weeks of radiation helped him regain a little strength and balance and then we did exactly what the doctor ordered and made memories… 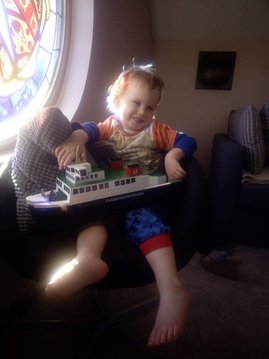 So many wonderful memories, smiles and giggles every single day (before the last one). The local community was wonderful, charities and the State alike supported him and he got pretty much everything a little boy could possibly want. He had more toys than Hamleys, more sensory toys than the sensory room at the hospital and more love than you can imagine…unless you’re here because you can (and if you are I am so sorry for your loss too).

He had an early Christmas and Birthday Party, magical days out, opened a local ride on the prom and the new café at the local supermarket. Make-a-Wish took us to Croatia and from there an amazing day trip to Venice and seals waved us along the road to Calum’s Cabin on the Isle of Bute (a charity run holiday home for kids with cancer, founded in memory of another young man lost to brain cancer).

He was doing so well in the September that his oncologist was considering a further round of radiation to give us more time. It was only when he had the planning scan for that we discovered he had tumours throughout his brain. There was nothing they could do.

He increasingly lost movement but was still able to hold and manipulate toys and watch and laugh at his favourite programmes on the TV until on 15 October 2017 he couldn’t anymore and our amazing outreach nurse put him on a syringe driver. Whatever had by then happened to his brain a 3 year old heart doesn’t just give up and he didn’t pass away until just after midnight on the 17th.

His mother held him throughout, and afterwards I did lying with him as his wee body cooled. No-one, absolutely no-one deserves this.

After his diagnosis I learned about DIPG and childhood cancer more generally, I was outraged at the lack of funding for childhood cancer research and to learn that there had been so little advances in respect of some such cancers.

I became a regular supporter and tried to raise funds for Abbie’s Army – this overweight gran walk-jogged two 10Ks – and tried to work out how, in Logan’s memory I could make a change for YOUR child. I concluded that while I might be able to raise a few hundred pounds here or there for Abbie’s Army and other childhood cancer charities, if the Government could be persuaded to act those figures might be exponentially more.

Three petitions later, it finally happened and we achieved over 100,000 signatures and have now been promised a Parliamentary debate. The DIPG community will do everything it can to make sure the very best comes from that debate In memory of each and every one of these beautiful children who deserved so much more and for the families bereft of watching that child grow and learn and love – every milestone missed, acutely aware of their silent whisper as we celebrate those still with us. 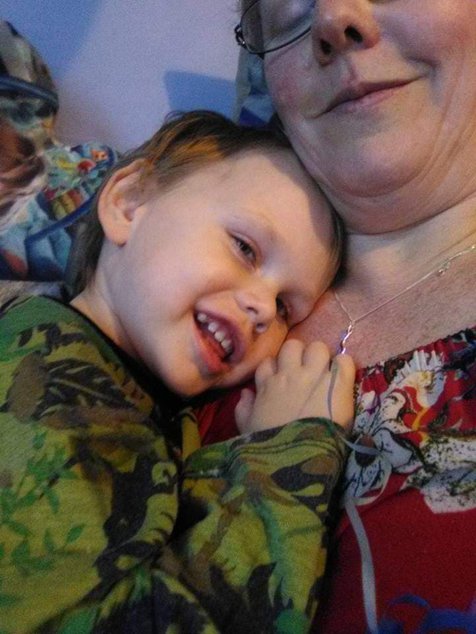 Always part of us and forever 3 we love you Logan.