Here is Izzys story I’ve tried to not fill it with all the sadness but with the things that have happened. It took her life and future but it’s also took ours too.

Izzy has just finished year 11 and sat her exams. We had been visited by our cousins from America, had her prom and then our annual girls camping trip. 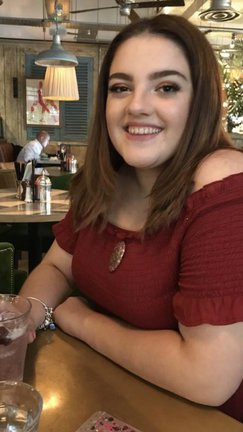 Whilst we were away izzy had brought her glasses and said she was having trouble focusing on things in the distance. Not long after we’d got back she went to her fathers in Essex to holiday with them and spend time with her little brother.

Whilst she was away we had her exam results she had passed everything and really really well. We were ecstatic thinking about her going back to 6th form with her friends and her going to uni afterwards.

She told me she wasn’t coming back for a an extra few days as she had a migraine ( which she had a lot) and she had vomited also. Her father took her on 29/08/18  to Colchester General Hospital where she was admitted as they suspected meningitis.

At midnight I got in the car and drove the 4 hour journey to get to her in the hospital.

The next day the consultant said he thought it was a virus but he wanted to do a CT scan to be on the safe side. An hour later a junior doctor stood in the door way and said they had sent the images to the National in London as there was a mass in her brain!

We were left dumbstruck as she left the room, and sat in shock.

The next morning we were in the National in London with one of the few consultants that could treat her due to her age, being 16 -  so not a child or an adult!

After 3 hours of MRI tests we were told they were keeping her under observation. Lots of bloods were taken and she was also started on steroids.

I wish someone had told us the effects the steroids would have on her body and her in general.

On the Monday a few days later her consultant informed us he was going to put in a permanent shunt the next day due to relieve the amount of fluid and pressure. After that operation (which went well) my girl was smiling and getting bored with being in the hospital!

The following Friday he performed a biopsy and by the Tuesday they allowed us to come back home to Wales. Two weeks later we returned to the hospital to be told the news that it was a stage 4 tumour, but we were never told about the life expectancy only the treatment, and that it was a primary tumour.

We’d had other people in our family suffer with cancer and we were hopeful.

Until I actually Googled it!! I never told her as I looked at the page and had this panic set over me... that I didn’t want to admit to myself let alone anyone else.

Not my baby, not her, this wasn’t happening.

Another two weeks later we went to Velindre to see the Consultant that the National had found for us. Watching, sitting as he told us and her the facts and her face crumble... we were told 12 months is the average.

That there was NO hope and NO way to beat it. 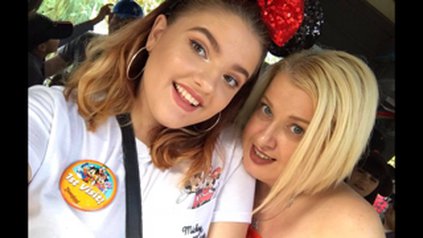 Go and make memories, how do you find the strength to get past that and carry on?

We were shell shocked but by the time her radiotherapy started things changed. I told her, I actively encouraged her to put it aside! Cancer wasn’t going to control her life or the time she had left. She had to own 'it'... not 'it' her.

So much happened whilst she was having her treatment, we were given a council house. Moving and decorating with daily treatment!  I was also made redundant after I went back to work after the initial time of with her.

I know she felt a lot of guilt over this, but it wasn't her doing and she had no responsibility for that. I found it hard but became her full time carer, and was happy to get to spend the time with her.

She loved picking colours and things for our new home. She had approval on everything, her Father surprised her with a trip to New York at the end of her treatment , she loved theatre shows and Broadway was her idea of fun.

I started fundraising, not to send her on a trial she wanted 'quality time'... not being sick.

She didn’t take the Temozolomide prescribed, after 4 days she didn’t want it!

Like I said she wasn’t classed as a child or an adult, it’s such a grey area for 16 and 17 year olds! I had to fight to get her as much support as I could, getting a counselor was awful, four months after diagnosis she finally got someone professional to speak to. Someone who wasn’t family or a friend , to try to come to terms with the depression and reality of her situation.

Some things to complete her bucket list, she wanted to do all things Disney so in the January we planned another trip to our beloved LA. We have family there not far from Disneyland and had been before close to the Pacific Ocean, beaches and our family. She loved every minute it was a trip centered just all around her wishes, and what she was able to do.

Using a wheelchair became needed as she was starting to have difficulty walking a lot and tiredness. But we had an amazing trip with such quality time with just myself and her older brother.

We did fun runs and head shaves...and everything we could to raise funds to allow these trips. Visits to London and shows, hotels, taxis and meals out. Shopping trips getting what she wanted were what she loved more than anything.

We could though see her changing, her eye turning and trouble with her left sided weakness. 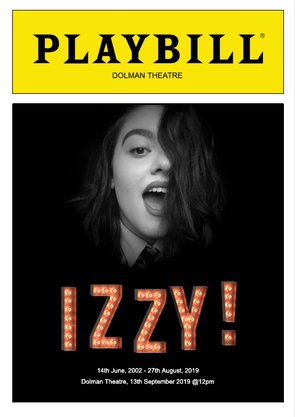 6th form became more difficult and the normality that she craved became no longer possible. Although she kept up her drama classes and managed to perform one last time in London playing Elphaba from 'Wicked' and singing with her best friend on Her Majesty’s stage one more time.

By the end of April Izzy began to fall at home and getting her up as a single parent was so difficult. We ended up in the local hospital where an emergency MRI scan showed that the tumour was indeed growing again.

After getting her to see her Consultant in a different hospital she decided to try a second round of radiotherapy. We knew there was a chance it would help and give her some more time. She made this decision without pressure from us. I was screaming inside trying to keep her with us for as long as we could, but it had to be her decision she had to be in control.

It’s what gave that smiling girl her strength to fight as long as she did.

Now however MDT were involved and going home was not a possibility. Even with all the equipment they could supply I would be on my own trying to lift her and get her sorted. They could only give us half an hour of social care a day at 7.30 am and nurses coming in when needed.

This was hard for all of us, we all wanted to be at home but it was not meant to be.

7 weeks after being in the the teenage ward we were moved to the Teenage Cancer Trust ward in Cardiff.

I stayed with her in the hospital every night she didn’t want to be alone. I'd only have a night at home once a week when her father visited and now and again when my mum would give me a bit of time out.

When we were first in the Gwent we were lucky that one of the sisters used to work on the TCT ward in Cardiff. She also knew the palliative care nurses in the community and so got them to know of Izzys case. That was the best thing that happened to us once they found out they 'moved mountains' to get her all the support she needed.

The children’s hospice became in charge and after 9 weeks in hospitals we got moved to the TyHafan hospice where I was given the flat closest to her room, and there we stayed for the last 13 weeks of her life.

Whilst we were there so much happened and they gave her normality, the pool trips to into Barry island, trips to Cardiff and meals out. They had the means to do all this, baths with bath bombs, massages, make overs parties with her friends. Messages and meetings with Ruth Jones and James Corden, trying to get her Make-a -Wish done... that didn’t happen as everything became more of a struggle for her as time went on.

Whilst there with help we arranged a festival in a day, as Glastonbury was on the bucket list, it was a mother and daughter trip we’d planned to do for years.

It was the most amazing day and we managed to raise £13,000 to give back to Tyhafan Hospice and the Teenage Cancer Trust. 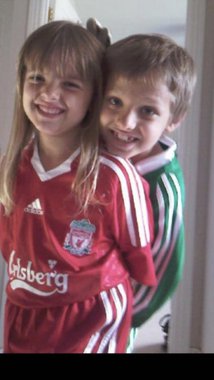 Little did we know she would be gone a few weeks later. She took us all by surprise how quickly it came and took her.

She didn’t have a feeding tube but the last few weeks she hardly ate, smoothies and juice where the main things on her list.

We were told it would be days... and all of a sudden I was alone with her she’d been in and out if sleep for about 36 hours. Her temperature spiked and the amazing nurses and staff at Ty hafan took her pulse and realised that she was slipping a away.

I was told to hold her hand and talk to her.

She opened her eyes for the first time in hours and I told her stroking her hair to let go.

I knew she was ready and then she’d gone. She let go peacefully with no trauma at 10 pm on 27/08/19, this was 3 weeks short of a year since her diagnosis.

Life has been a blur since, but we had talked about her funeral how she wanted colour and laughter and music. She wanted a party to celebrate her life and that is what she got. Over 700 people attended her service in a local theatre. It seemed only fitting that her last curtain call was on stage.

We then had a private cremation with still 200 family and our close friends, a party with a DJ and a band - an all day celebration which is exactly what she wanted. She picked all the music and the flowers.

We gave her everything she deserved, even though she deserved so so much more.. more life, and a future. A life that had so much promise and talent... that we've all lost.