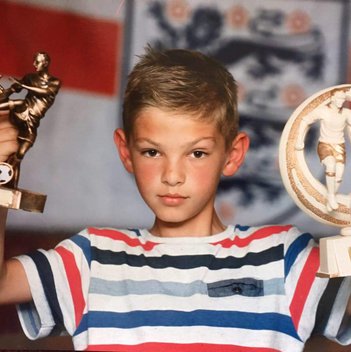 Alfie Young was born on 25th May 2004. He was our third child and our only boy. Alfie was full of life and loved all sports and family holidays. He was a very popular child. Everyone loved Alfie, and he always looked after everyone.

Last August, whilst on holiday at his Grandma’s caravan in Wales, Alfie started to lose his balance and couldn’t stand up straight. At first we thought it was something he had stood on whilst playing in the sea. We decided to take him to the local hospital for a check up. They could not understand what was wrong with Alfie so called for an Ambulance to take him to the larger hospital in Bangor for further investigation. He had both CT and MRI scans straight away and, we were told he had either a small cyst or possibly a brain tumour.

Our world just stopped for that moment, but we never thought at this point it would mean anything other than an operation to fix him.

Later that day, we were transferred to our local hospital in Birmingham for a more detailed scan and to be closer to home. He had a further scan on the Monday and we were called in to the doctors office for the results. It was not only confirmation there was a tumour but also the kind of tumour it was. We were told its a DIPG tumour, and most children don’t live past 12 months after diagnosis. This has to be the worst moment of our lives and the worst news any parent could get. We were in total shock.  He was given steroids to reduce the swelling and kept in hospital for a few days until he could walk ok.

From that moment he left hospital we as a family decided Alfie needed to live the rest of his life whilst he was still well enough to do so. This is where family, friends and total strangers came to help. There were fundraising events popping up everywhere, and we created a GoFund me page for Alfie.

The money and support for us was overwhelming. Alfie could now do everything he wanted and more. Even during his radiotherapy, he managed to do so much. He met all the England football squad, flew in a helicopter, saw Messi play twice, visited Disney Land Paris, rode in a Ferrari and a Lamborghini and so much more. He lived the dreams of every 10 year old boy.  During all these great memories we knew he wouldn’t survive, but our motto was “no regrets” and we left nothing behind — we did everything.During his illness he always had a smile on his face and never gave in.  He tried everything to try and help him; from changing his diet to other things people suggested, he would give anything a go to help him. 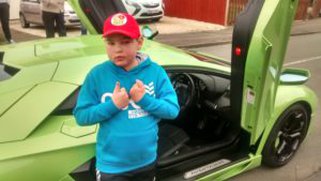 Unfortunately Alfie’s health deteriorated. And although he carried on doing everything on his wish list, he became more frustrated not being able to walk, then he struggled eating and talking by this time.  Eight months after diagnosis, he had given up, but fortunately he was never in pain or unable to go out and about. Just four days before his passing he still managed to go to Wembley to watch his beloved Aston Villa beat Liverpool.  Alfie was rushed into Hospital on 23rd April 2015 with breathing difficulties and despite the wonderful efforts from the doctors, died on Friday 24th April 2015.

He was such an inspiration to everyone, and he will never be forgotten.
We love you Alfie 10. 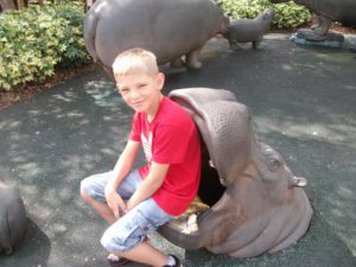