Our story begins on April 13th, 2011 the day our whole existence was turned upside down. 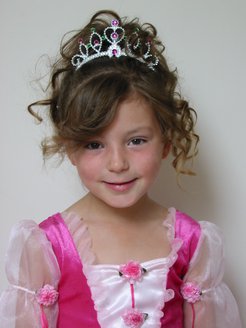 Abbie Eunice Louise - our darling 6 year old daughter had just been feeling a little unwell in that she was lacking her usual energy, often tired, she also seemed to have trouble controlling the tracking of her eyes...our feeling was that perhaps she was worn out at the end of a school term, maybe diabetic and needed an opticians appointment, just how wrong could we have been?...

A visit to our local doctor lead to an urgent appointment with a consultant paediatrician at our local hospital, who revealed that they suspected and were investigating the presence of a brain tumour. A later MRI scan showed a mass in her brain stem and their suspicions were confirmed.

Abbie was diagnosed with a rare, incurable and inoperable Diffuse Intrinsic Pontine Glioma (DIPG) , the only standard treatment for which is palliative radiotherapy. Over the course of the next two months Abbie endured and battled through her treatment at The Royal Marsden Hospital in Sutton,Surrey where the care that she received was exceptional. 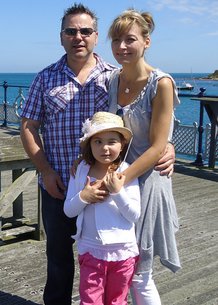 Abbie recovered enough to enjoy one last holiday, we took a cottage in Dorset which we had taken with her religiously every summer...we loved it there so much! only this time grandparents and aunties and uncles came to. She got a little tired at times but for us it had a whole totally different relevance to those previous visits but Abbie had fun, the weather was great and there was plenty of wave jumping and swimming going on!

To be delivered the death sentence that is DIPG for your child is surely the cruelest and most harrowing experience that any parent should have to face. At times the emotional strain was completely overwhelming and yet we had to paint on a smile as if all was normal for our amazing daughter. My biggest fear was that she would be afraid...as afraid as we, her parents were of losing her. Abbie only ever believed that she would be well again and all she would speak of the whole time would be getting back to school with her friends where she belonged.

DIPG affects upto 40 children per year in the UK with an age range of between 5-10 years. It is extremely agressive with a median survival rate of between 9-12 months. We had exactly 5 months to the day from Abbie's original diagnosis, we managed to get her home from our local hospital for one last night of cuddles in familiar surroundings with her family around her and sadly she slipped away in our arms the following morning on Sept 13th 2011. 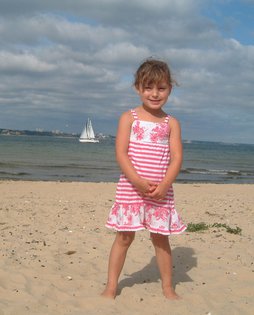 In November 2012 'Abbie's Army' the charity formed in her memory and gained their own charity registration with the Charity Commission. Completely compelled by the sheer hopelessness and helplessness we felt by the total lack of treatment option the only thing we could do was at least try to prevent it happening to other families in the future. We have already played our own small part in hopefully bring forth much needed advancements in the treatment of this universally fatal tumour. We only wish we could do so much more.

Abbie was our whole world, no parent ever wants to hear that there is no cure and no hope and they should never have to.....